A series of promotional films was created as for Shadow Giants as a part of a NHS Social Media Campaign. 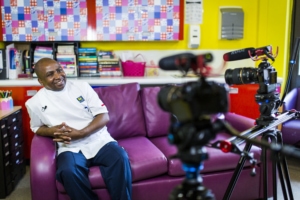 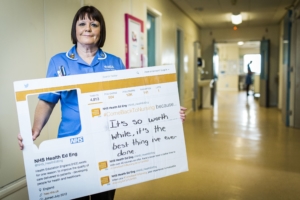 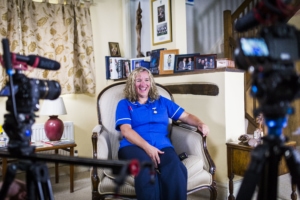 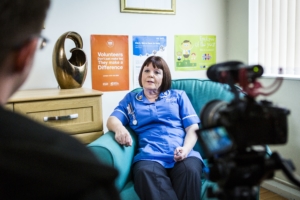 Green Gorilla Films were commissioned by shadow giants to create a series or social media promotional films for the NHS.

We work with Social media and creative communications agencies regularly on multiple projects. Shadow Giants approached us to be a part of their #comebacktonursing social media campaign and of course, we said yes!

So, we produced a handful of honest and frank interviews with healthcare professionals who had returned to the NHS. We used their responses to tell the story of how they came to return to Nursing.

Then, using a fly-on-the-wall style of shooting of the professionals in action at home and work, the aim was to give the viewer an insight into the interviewees day to day life. As a result, we hoped the viewer would empathise and see similarities with their own situation, encouraging them to get back in touch with the NHS.

When teaming up with a creative agency like Shadow giants you know the films are in good hands upon completion. In fact the #comebacktonursing campaign has picked up awards within the marketing industry.

Finally, here is what Shadow Giants had to say they:

“So, I have worked with Green Gorilla on a couple of different projects, which both had to be produced within very tight turnaround times. The team were super professional and bent over backwards to ensure that we met our deadlines and didn’t let our clients down. Most importantly, the end results were fantastic, they interpreted the briefs brilliantly, delivered films that met the objectives and were of a very high quality”.

Want a film to help with your Social Media Campaign? Get in touch today for a quote!